In a sense, adopting Autodesk Revit is and was about that “light bulb” moment when an individual sees how Revit can expedite the building process and embraces the new workflow. Introducing the topic of transitioning to Revit, Todd Weyandt of Applied Software, host of the MEP Masterminds virtual event series said, “They have to figure that out for themselves and kind of have that moment just click for them in their own time.”

Mastermind of the week for the second installment of MEP Masterminds was James Simpson of eVolve MEP,  who discussed current situations in Revit adoption, reasons for switching to Revit and the biggest pains that can come with that switch.

The main benefits discussed for transitioning to Revit are 3D coordination, fabrication spools, productivity gains, and interoperability between the trades. Many construction sectors already use Revit for jobs, so transitioning is important in order to stay ahead of the game. “I always love to throw this out,” said Simpson, “that, you know, your competitors have probably already made the move. You’re always a step behind in the construction industry.”

The companies in attendance matched the industry as a whole, with some not yet making the transition to Revit and some who had made the transition a few years ago with lessons learned. One representative explained that his company had not yet adopted Revit due to a few complications, but he wants to manage the company’s database in Revit. Several companies have not fully transitioned because of the necessity for computer training to properly utilize Revit. Another representative said that he began the transition to Revit in 2016 with fabrication, and for the last two years, his company has been “full Revit.” Notably, those who had resisted Revit and eventually gotten on board with it “didn’t go back.”

Revit enables seamless continuity of data, is inherently designed for building information modeling (BIM) and allows for easy collaboration. Time is of the essence now in adopting Revit because, after 20-plus years, its functionality is polished, and there are many add-ons to expand upon its functionality.

On the other hand, several pain points for using Revit did come up. The setting of unrealistic timeframes is a big one. Adopting Revit isn’t merely learning a new software package. It’s an entirely new process for design. Some companies face problems if they don’t adopt standard operating procedures early on or if they don’t have champions or power users to see the transition through to a successful implementation. Also mentioned by the group was the need for standards for how things get done going forward. All of those can certainly be tough issues to deal with, but not insurmountable.

One way to rise above the challenges is to get help. Simpson explained the necessity of being part of a peer group to connect with other people who are also using Revit. “It’s very hard [for me] to accept advice or gospel from people that aren’t in the exact same predicament – aren’t drawing there right beside you,” Simpson said. “You just have to be part of peer group to understand that someone out there is experiencing that same problem, even if maybe there’s not a solution.” Peer groups are an excellent way to ensure that you can receive an unbiased opinion, share a common language and connect with someone having similar experiences.

Join us each week at the MEP Masterminds virtual event series to learn and discuss the disruptions and technologies that are empowering the trades to achieve higher productivity and thrive. Each week is hosted by a different industry thought leader who leads the conversation and unpacks practical ways for you and your business to ride the wave of today’s business challenges into the next decade of technological innovation. Also, you’re invited to join top MEP industry leaders on a mission to gain the competitive edge in prefabrication and fabrication during the MEP Force virtual event! This year, MEP Force has been adjusted to a virtual only event. Register and join us between August 31 and September 2, 2020. 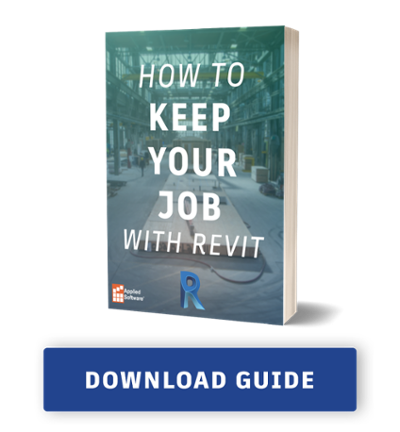