By now, many in the design and construction industry have heard about BIM 360. BIM 360 Document Management enables document managers to share project files in the cloud, making them available to invited members of a project team. If one of the big pains on your project has been timely and efficient document review and approval, then it may be time to utilize the BIM 360 approval workflow, which allows you to customize and control the review and approval process.

Let’s look at the review and approval workflows within BIM 360 Document Management. Following are key points to make note of:

So, what is it that I wish I knew a year ago about BIM 360 reviews? Well, I didn’t know it at the time, because it didn’t exist at the time – custom roles! While a “reviewer” can be a specific user, role or company, we now have the option to make the reviewer a member of a custom role.

Why is this important when BIM 360 already has a lot of out-of-the-box roles? Some OOTB roles may have a different meaning at different companies. In addition, some companies have roles that do not fit into the existing list of BIM 360 roles. For example, ACME Ball Bearing Company (beep beep) has employees assigned to roles called Distribution 1, Distribution 2 and Distribution 3. Prior to custom roles, it was difficult trying to fit an employee into an OOTB role. However, on April 11, 2019, BIM 360 account administrators were given the ability to add custom roles. Now a company can have initiators, reviewers and approvers as members of custom roles. This type of innovation will take the pain out of managing your document review and approval. 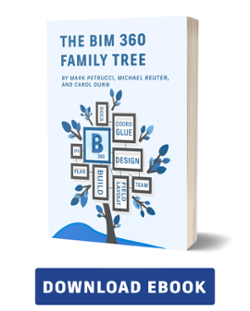